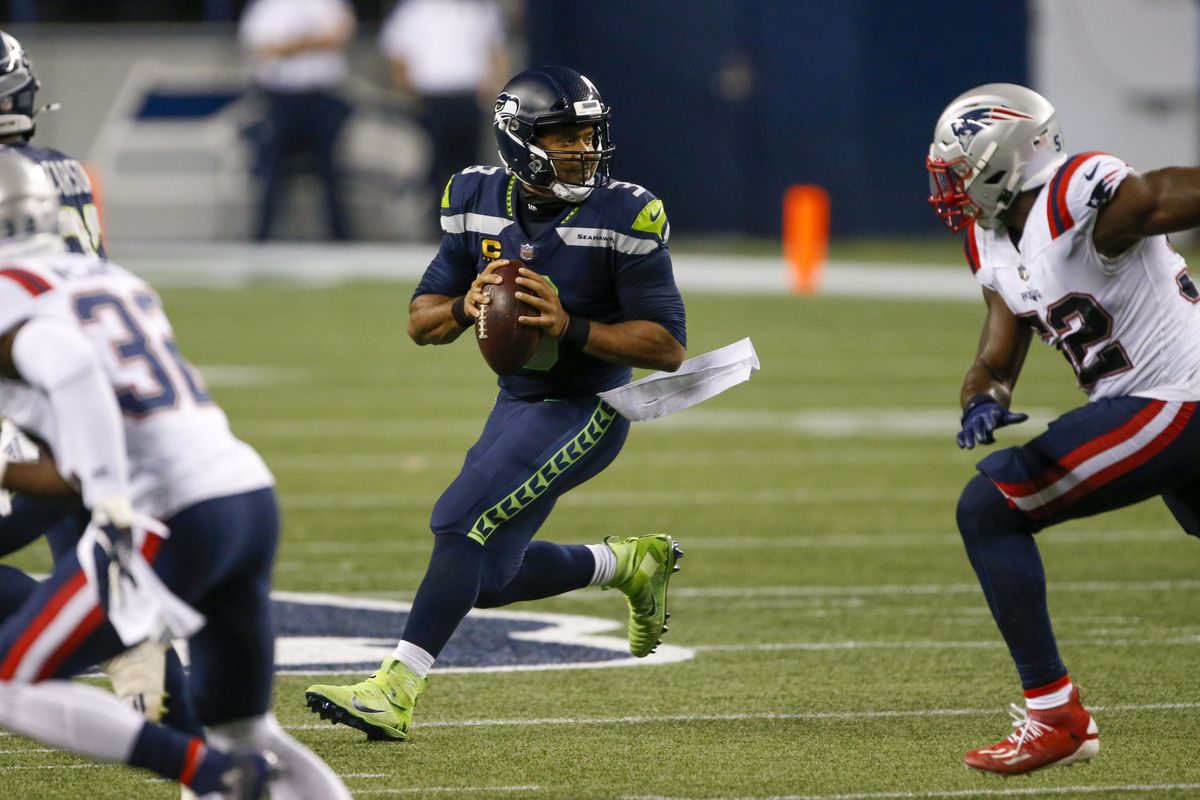 Despite throwing an early pick six, Russell Wilson is my Week 2 Picture of the Week. Wilson threw for 288 yards and 5 touchdowns in a 35-30 win over the New England Patriots on Sunday night in Seattle. That game is arguably an early contender for one of the top games of the season and adds another chapter in the Wilson vs. Newton QB battle.

Week 2 saw several high prolific players go down with injuries, most notably Giants running back Saquon Barkley whose ACL injury ended his season prematurely and five players on the 49ers left the field at the Jets on Sunday.

One of the 49ers injured was defensive end Nick Bosa who was lost for the season due to a torn ACL. There are concerns that the altered off-season schedule and no pre-season games likely attributed to why so many players left their games with injuries.

For the moment it is being chalked up as the pure randomness of the sport’s physical nature but I remain skeptical that players – even those that would have seen limited action in the pre-season had it been played – would have benefited from some form of preparation to prevent these types of injuries that not only dash a team’s hopes for a successful season – much like the 2018 49ers when they lost Jimmy Garoppolo to a season ending injury – but also the players who have their individual goals for the season.

Sunday afternoon games airing in Denver are noted by (DEN)

Picks are in BOLD